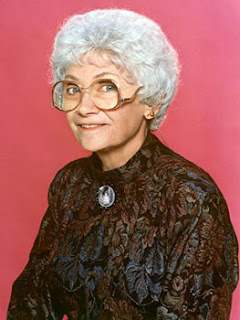 She was not really Sicilian but she did a lot of things that reminded me of my Sicilian grandmother. I loved the character of Sophia Petrillo on the Golden Girls, played by Estelle Getty, who died at 84 today. I know, she looked 84 when she was on the show in the 1980's but she was actually younger than Bea Arthur, who played her daughter! I never missed that show as a teenager and I still watch the re-runs on my little treadmill television at the gym. Very uncool, I realize, but the only reason I go to the gym is to pick up octagenarians.

I crack up when I hear her crazy "picture it, Sicily" stories, like the one when she was friends with Mama Celeste, or she slept with Pablo Picasso. I found the clip on YouTube:

Her character's sarcasm was unparalleled. Here are some of my favorite lines of Sophia's:

Sophia: Make way for the victors.
Rose: You won the big game?
Sophia: No, Rose. We lost and we all changed our names to Victor.

Rose: Penny for your thoughts Sophia?
Sophia: You’re and idiot and that’s on the house.


Estelle Getty was Jewish and she played a Sicilian immigrant. She's not the only one, though. (Allow me to digress from my tribute to Estelle...) It always struck me as odd how Hollywood casts so many
Jewish people to play Italians. Case in point:

I know there has never been a shortage of Italian actors so what gives?

Supposedly, real Italians don't look as Italian as Jews. I don't know what that means or who the Italians are that the casting agents saw but they need to visit my family and cast a few of us. 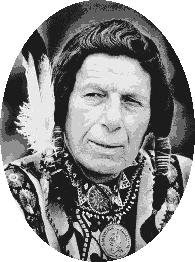 So it is a sad day for Estelle Getty's fans. Looking on the internet for a video of her I found a huge amount of tributes and comments from fans, so I know I an not alone. The poor thing died from dementia, a really terrible way to go, and to picture her dying like that is the total opposite of how many of us remember her in real life, both on the show and off. Rest in Peace, Estelle.
Posted by Sigi Me at 11:00 PM

I miss her already!

He was known as Iron Eyes Cody but his real name was Espera DeCorti, and he was Sicilian-American born in the US of Sicilian immigrants!"

Get the hell out of here! No shit?

Love the lines, Sophia is quite the mother.

There were two other Italian-Americans who played Native Americans: